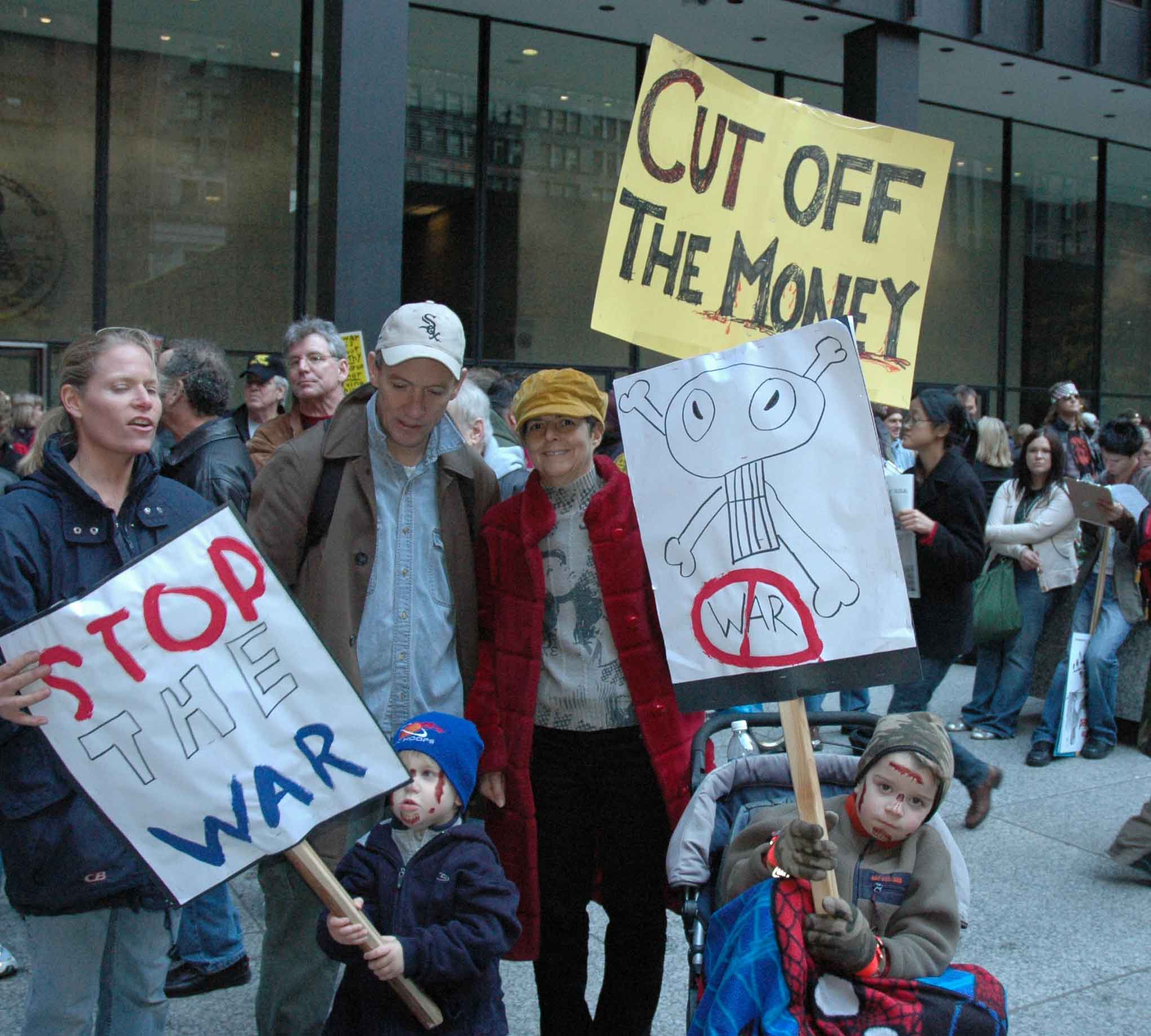 Peter Cunningham (above, in White Sox cap) has long taken “progressive” stands on public issues. On October 27, 2007, for example, Cunningham and his wife (holding “Cut Off the Money” sign were part of a major anti-war march in Chicago that ended at the Chicago federal plaza. The plaza was the site of Barack Obama’s famous anti-war speech three years earlier (the speech that Obama’s campaign used to cut off Hillary Clinton from many anti-war voters during the Democratic Party primaries). Above, Mr. and Mrs. Cunningham stood with Sharon Schmidt, Josh Schmidt (holding “Stop the War” sign) and Sam Schmidt (holding the “No War” sign he had made himself) during the speeches at the October 27, 2007 march in Chicago against the Iraq War. Substance photo by George N. Schmidt.