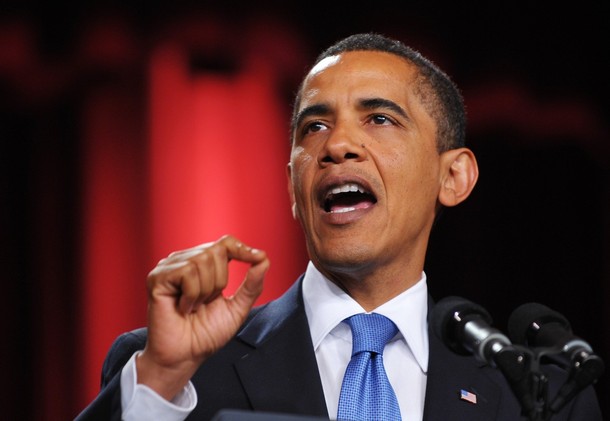 US President Barack Obama delivers his much-anticipated message to the Muslim world from the auditorium in the Cairo University campus in Cairo during a one-day visit to Egypt on June 04, 2009. Obama said that he wants “a new beginning” with the world’s 1.5 billion Muslims, and called for an end to a cycle of “suspicion and discord.”
AFP PHOTO/MANDEL NGAN (Photo credit should read MANDEL NGAN/AFP/Getty Images)